About Etiquette For Runaways

A sweeping Jazz Age tale of regret, ambition, and redemption inspired by true events, including the Great Moonshine Conspiracy Trial of 1935 and Josephine Baker’s 1925 Paris debut in Le Revue Nègre.

1924, May Marshall is determined to spend the dog days of summer in self-imposed exile at her father’s farm in Keswick, Virginia. Following a naive dalliance that led to heartbreak and her expulsion from Mary Baldwin College, May returns home with a shameful secret only to find her father’s orchard is now the site of a lucrative moonshining enterprise. Despite warnings from the one man she trusts — her childhood friend Byrd — she joins her father’s illegal business. When authorities close in and her father, Henry, is arrested, May goes on the run.

May arrives in New York City, determined to reinvent herself as May Valentine and succeed on her own terms, following in her mother’s footsteps as a costume designer. The Jazz Age city glitters with both opportunity and the darker temptations of cocaine and nightlife. From a start mending sheets at the famed Biltmore Hotel, May falls into a position designing costumes for a newly formed troupe of African American entertainers bound for Paris. Reveling in her good fortune, May will do anything for the chance to go abroad, and the lines between right and wrong begin to blur. When Byrd shows up in New York, intent upon taking May back home, she pushes him, and her past, away.

In Paris, May’s run of luck comes to a screeching halt, spiraling her into darkness as she unravels a painful secret about her past. May must make a choice: surrender to failure and addiction, or face the truth and make amends to those she has wronged. But first, she must find self-forgiveness before she can try to reclaim what her heart craves most.

”This is a great coming-of-age novel about life lessons, loyalty, and forgiveness in a fast-spinning, glittering world full of temptation and opportunity. Beautifully done!” — Kathleen Grissom, New York Times bestselling author of The Kitchen House and Glory Over Everything

”An utterly absorbing tale of the trials of being a young woman of independent spirit during the glamorous but harsh years of post-WWI America, when the yearning for personal freedoms clashed with the heavy hand of prohibition, politics, and social mores. I could almost taste the smoky, moonshine-laced air of the speakeasies, and feel flashes of fringed tassels on my skin as I read. Beautiful and immersive writing!” — Natasha Boyd, USA Today bestselling author of The Indigo Girl

”[A] delightful beach read with an edge … Etiquette for Runaways marks a debut for Liza Nash Taylor that shows a remarkable ability to weave together multiple sources of inspiration into an entertaining whole … Readers will find themselves swept along with May as easily as if her adventures were all about diamonds and fur coats.” —Shelf Awareness

‘Fasten your seatbelts, for Etiquette for Runaways is an effervescent and completely unpredictable ride from Virginia to New York to Paris with brave and complicated May Marshall. Trust me, this is one fabulous book that will keep you turning pages.” —Nancy Thayer, New York Times bestselling author of Girls of Summer

”Assured, exotic, heart wrenching, Liza Nash Taylor’s Etiquette for Runaways is that rare debut novel that combines a story that sweeps from continent to continent and age to age without sacrificing the deeply personal story of one tormented woman. Taylor’s May Marshall is the new woman of a previous century, a jazz dolly with a scarred past and a hungry heart who wants forgiveness from the only one who cannot give it — herself.” —Jacquelyn Mitchard, author of The Deep End of the Ocean 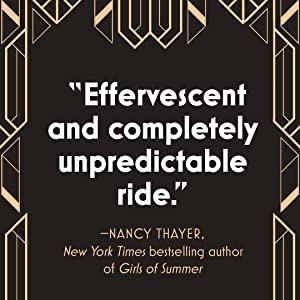 May has had a difficult childhood, raised by a single father after being left by her mother, experiencing loss when her infant brother dies, and being sent back home from college after a “little bit of trouble.” When she arrives back home to her alcoholic father, May has to take the helm of his illegal moonshine business. But the feds are breathing down their necks and when her father gets into trouble, she has no other option than to run away, far from her home and her past.  May immediately heads off to New York where she witnesses the eye opening experiences of the roaring 20’s in full swing. A coming of age story, May’s enlightenment eventually ends her up in Paris, where she learns even more about herself and her ability to persevere.

A brilliant debut by Liza Nash Taylor. With intriguing characters and an awesome story line, this is historical fiction combined with coming of age at its best. Ms. Taylors writing is emotional and heartfelt and extremely easy to follow. Her ability to describe 1920’s New York and Paris though May’s eyes is quite moving. I always enjoy a good historical fiction about the 1920’s, my favorite era, and Liza Nash Taylor has sucked me into her fictional world with May and I never wanted to leave. So glad that she has a second “stand alone” sequel coming out in 2021, I will be first in line to buy. Highly recommend this to my historical fiction and coming of age story lovers. Quite a read.

I just would like to thank Liza Nash Taylor, Suzanne Leopold of Suzy Approved Book Tours and Blackstone Publishing for the gifted copy of this book for my unbiased and honest opinion for review. 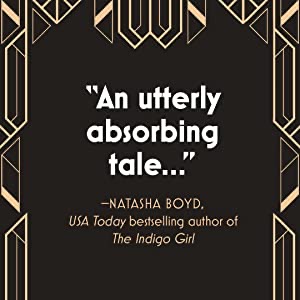 The farmhouse where Liza Nash Taylor lives in Keswick, Virginia, with her family and dogs was built in 1825, and it is the opening setting of ETIQUETTE FOR RUNAWAYS. She writes in the old bunkhouse, with the occasional black snake and a view of the Southwest Mountains. In 2018, Liza completed the MFA program at Vermont College of Fine Art and was named a Hawthornden International Fellow.  She was the 2016 winner of the San Miguel Writer’s Conference Fiction Prize. Her short stories have appeared in Microchondria II,(an anthology by the Harvard Bookstore), Gargoyle Magazine, and others.

ETIQUETTE FOR RUNAWAYS is her first novel. Look for her second, stand-alone sequel, in 2021, also from Blackstone Publishing.

For more on Liza visit, www.lizanashtaylor.com