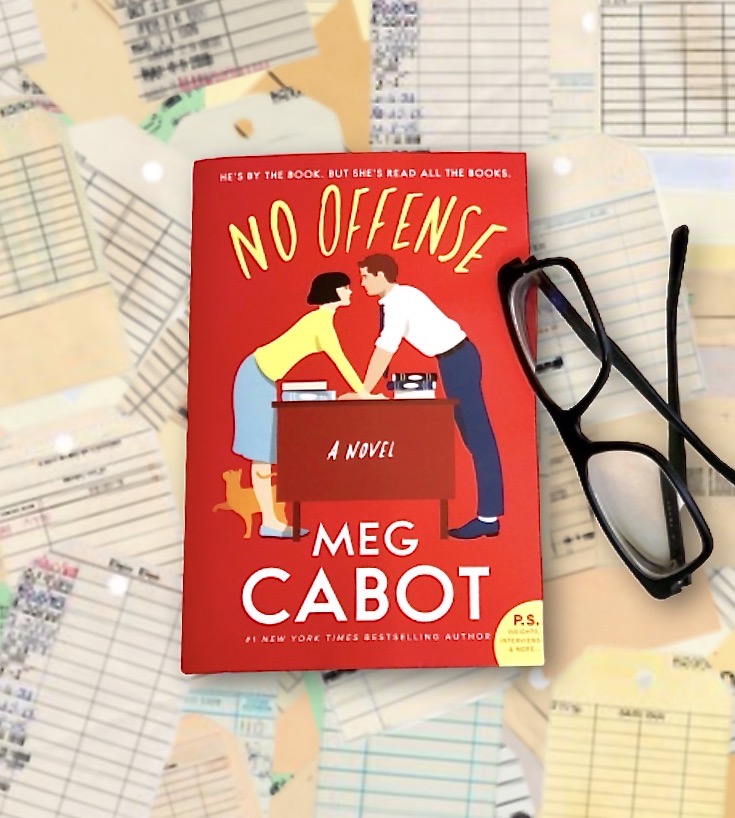 I think Meg Cabot was my very first girl crush. It was her writing that drew me to her, and now all of her books are an auto buy for me, no matter what the topic.

I have to be brutally honest here, it wasn’t the Princess Diaries series that got me, it was the Heather Wells Mystery Series (Size 12 is Not Fat; Size 14 is Not Fat Either; Big Boned). These books spoke to me. As a tall girl (usually called BIG), I wore larger sizes. I was always in my weight range for the BMI but people still always lumped me in with BIG & FAT because I wore double digits. It never mattered that the size 12 was always the first to go off the rack & you could never find them, nope, I was still called big. It was when I read these books that I always knew I would have a kindred spirit in Meg Cabot. She spoke my language.

When I had the opportunity to meet her last year at KissCon @HarperCollins it was a dream come true. I got to chat with her for a while & told her what her books meant to me growing up. She’s just another amazing down to earth person who “gets it.” And she’s totally the fun and bubbly person you expect her to be. Its great to read a book that helps you cope with your doubts about self image.

But enough of my babbling about me, & my fan-girling over authors. Meg has a new book out, just published this week on 8/11/20, called NO OFFENSE. It is book 2 in the Little Bridge Island series, but of course can be read as a stand alone. (Book 1 is NO JUDGEMENTS and was created around Meg’s own experience with hurricanes in Florida {something she shared with us at KissCon}).

I hope you check this one out, its another quirky adult fiction romcom from a veteran author who nails it every time. I know you’ll love it.
And if you’ve already read it, let me know what you think!!

Oh and thanks @williammorrowbooks & @tlcbooktours for the gift of this book!

New York Times-bestselling author Meg Cabot returns with a charming romance between a children’s librarian and the town sheriff in the second book in the Little Bridge Island series.

Welcome to Little Bridge, one of the smallest, most beautiful islands in the Florida Keys, home to sandy white beaches, salt-rimmed margaritas, and stunning sunsets—a place where nothing goes under the radar and love has a way of sneaking up when least expected…

A broken engagement only gave Molly Montgomery additional incentive to follow her dream job from the Colorado Rockies to the Florida Keys. Now, as Little Bridge Island Public Library’s head of children’s services, Molly hopes the messiest thing in her life will be her sticky-note covered desk. But fate—in the form of a newborn left in the restroom—has other ideas. So does the sheriff who comes to investigate the “abandonment”.  When John Hartwell folds all six-feet-three of himself into a tiny chair and insists that whoever left the baby is a criminal, Molly begs to differ and asks what he’s doing about the Island’s real crime wave (if thefts of items from homes that have been left unlocked could be called that). Not the best of starts, but the man’s arrogance is almost as distracting as his blue eyes. Almost…

John would be pretty irritated if one of his deputies had a desk as disorderly as Molly’s. Good thing she doesn’t work for him, considering how attracted he is to her. Molly’s lilting librarian voice makes even the saltiest remarks go down sweeter, which is bad as long as she’s a witness but might be good once the case is solved—provided he hasn’t gotten on her last nerve by then. Recently divorced, John has been having trouble adjusting to single life as well as single parenthood. But something in Molly’s beautiful smile gives John hope that his old life on Little Bridge might suddenly hold new promise—if only they can get over their differences.

Clever, hilarious, and fun, No Offense will tug at readers’ heartstrings and make them fall in love with Little Bridge Island and its unique characters once again.

“Meg Cabot is best known for her books for younger readers, but her adult fiction is a total delight.”  – Popsugar

“The ever-delightful Cabot charms in her latest, which is equal parts sweet and steamy. Animal lovers unite―this one’s for you.”  – Booklist

“As in Cabot’s previous adult romances (e.g., The Boy Is Back), our heroine’s wit and humor and determination to stay the course shines through in this breezy story that is a pure delight to read.” – Library Journal

“Cabot has a long, successful track record of writing entertaining stories that allow readers to escape from the realities of life by bringing levity, wit and a host of surprises and happy endings to the page. No Judgments is further testament to her appealing, winning style.”  – Romantic Between the Lines

“Cabot returns to the “Little Bridge Island” series with another engaging read (after No Judgment). Rom-com fans looking to extend the beach-reading season should find this their next go-to read.” – Library Journal

Meg Cabot was born in Bloomington, Indiana during the Chinese astrological year of the Fire Horse, a notoriously unlucky sign, but learned at an early age that a good storyteller can always give herself a happy ending.  Her 80+ books for both adults and tweens/teens have included multiple #1 New York Times bestsellers, selling over twenty-five million copies worldwide. Her Princess Diaries series has been published in more than 38 countries and was made into two hit films by Disney. Meg’s numerous other award-winning books include the Mediatorseries, the Heather Wells mystery series, and Avalon High, the later of which was made into a film for Disney Channel. Meg Cabot (her last name rhymes with habit, as in “her books can be habit forming”) currently lives in Key West with her husband and various cats.

Find out more about Meg at https://www.megcabot.com 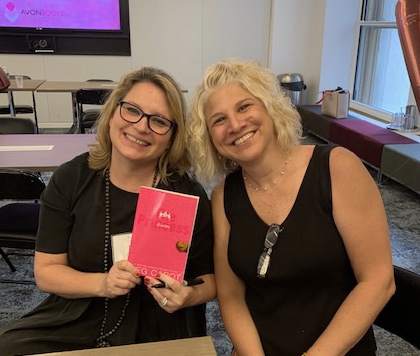