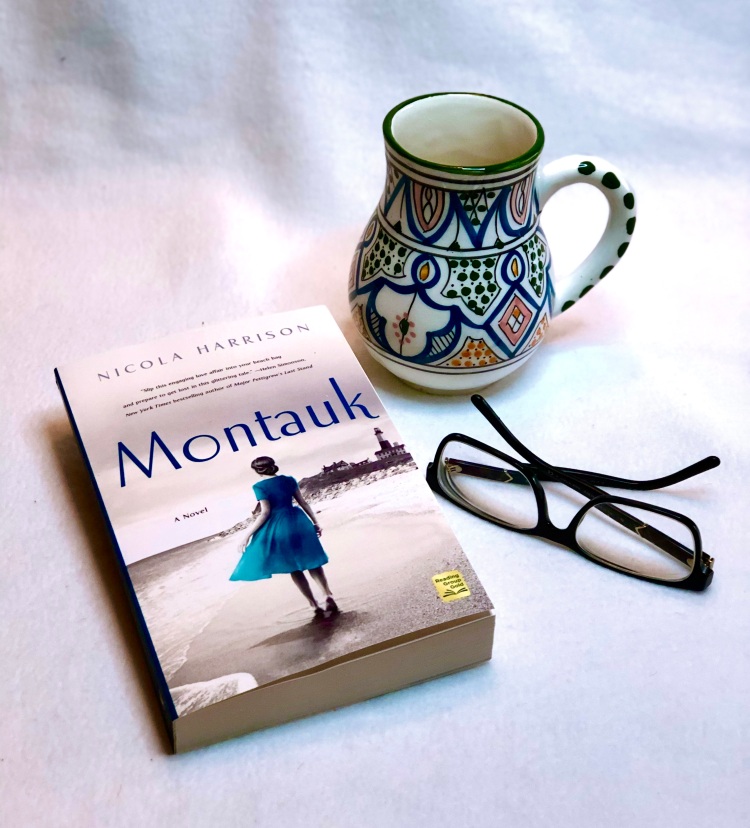 An epic and cinematic novel by debut author Nicola Harrison, Montauk captures the glamour and extravagance of a summer by the sea with the story of a woman torn between the life she chose and the life she desires.

For three months, this humble fishing village will serve as the playground for New York City’s wealthy elite. Beatrice Bordeaux was looking forward to a summer of reigniting the passion between her and her husband, Harry. Instead, tasked with furthering his investment interest in Montauk as a resort destination, she learns she’ll be spending twelve weeks sequestered with the high society wives at The Montauk Manor—a two-hundred room seaside hotel—while Harry pursues other interests in the city.

College educated, but raised a modest country girl in Pennsylvania, Bea has never felt fully comfortable among these privileged women, whose days are devoted not to their children but to leisure activities and charities that seemingly benefit no one but themselves. She longs to be a mother herself, as well as a loving wife, but after five years of marriage she remains childless while Harry is increasingly remote and distracted. Despite lavish parties at the Manor and the Yacht Club, Bea is lost and lonely and befriends the manor’s laundress whose work ethic and family life stir memories of who she once was.

As she drifts further from the society women and their preoccupations and closer toward Montauk’s natural beauty and community spirit, Bea finds herself drawn to a man nothing like her husband –stoic, plain spoken and enigmatic. Inspiring a strength and courage she had almost forgotten, his presence forces her to face a haunting tragedy of her past and question her future.

Desperate to embrace moments of happiness, no matter how fleeting, she soon discovers that such moments may be all she has, when fates conspire to tear her world apart…

“A great beach read with just the right amount of suspense to keep the reader rooting for Beatrice and all she holds dear.” – Booklist

“Refreshing as an Aperol spritz, Beatrice’s pursuit of autonomy and her own happiness is a welcome addition to some waterside R&R this summer. ” – Vogue, What Vogue Editors Are Reading on the Beach This Year

“This engaging debut novel deftly explores the tensions between the life we want and the life we have chosen.” – Working Mother, The 20 Most Anticipated Books of Summer 2019

“You don’t have to go to Montauk to enjoy the beach. In this lovely debut novel, Nicola Harrison brings the beach to you, along with its people, its mores, and its contradictions. I so enjoyed Montauk, and I look forward to many more novels by Nicola Harrison.” – Lisa See, New York Times bestselling author of Snow Flower and the Secret Fan

“As seductive as Downton Abbey, with the glamour of Gatsby and the soul of Virginia Woolf, Montauk is a spectacular debut.” – Jennifer Belle, bestselling author of High Maintenance and The Seven Year Bitch

Oh Montauk, how I wish I was there right now. I think everyone needs a mental break right now, a bit of a beach town vibe vacation. The paperback version of Nicola Harrison’s debut novel graces our presence on June 9, and we are touring the book to remind everyone of this great summer read. If you are a paperback lover, now is your time, but also, here are my thoughts:

1930’s history, New York elite, and a summer beach town. Who wouldn’t want to pick this one up? When Beatrice looks forward to putting the spark back into her 5 year childless marriage when she and her husband head to Montauk for investment purposes, she quickly learns that Harry will be spending his time elsewhere while she resides at the Montauk Manor for the next 12 weeks. Stuck with the high society wives she never really fit in with, Beatrice slowly drifts away to the residents of Montauk, befriending some and drawn to the man who runs the lighthouse. Part romance, part historical fiction, we go on Beatrice’s emotional roller coaster as she tries to find her voice and the person she wants to be.

This one truly has the romance I love and the Upstairs/Downstairs – Downton Abbey vibe I so hungrily crave. I devoured reading about the NY high society and how beautifully Harrison has it captured in this debut novel. Her prose flows beautifully and with the drama, secrets, twists and turns that are hidden throughout this book it certainly makes it easy to inhale the pages. Nicola Harrison wrote an amazing unputdownable debut that gives you all the summer beach vibes you crave, with some history, drama and secrets to keep you turning the pages. I loved this book and highly recommend. 4 stars.

I just would like to thank Nicola Harrison, Suzanne Leopold of Suzy Approved Book Tours and St. Martin’s Griffin for the copy of this book for my unbiased and honest opinion for review. 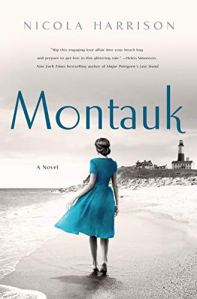 Originally from Hampshire, England, Nicola Harrison moved to California when she was 14. She studied Literature at UCLA and received an MFA in creative writing at Stony Brook University. She is a member of The Writers Room and has short stories published in The Southampton Review and Glimmer Train as well as articles in Los Angeles Magazine and Orange Coast Magazine. She was the fashion and style staff writer for Forbes and had a weekly column at Lucky Magazine. Nicola is also the founder of a personal styling business, Harrison Style. She has spent many summers in Montauk and currently lives in downtown Manhattan. Montauk is her first novel.

You can find more about Nicola at: www.nicolaharrison.com

One thought on “Blog Tour & Review – Montauk by Nicola Harrison”