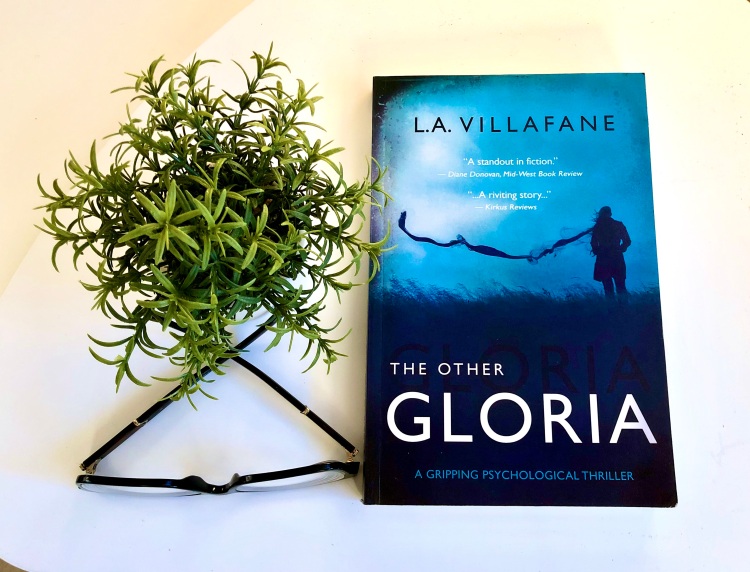 The Other Gloria by L.A. Villafane is another brilliant psychological thriller that only Suzy Approved Book Tours can deliver.  Keep reading to find out why this book is not your “typical thriller” and why you should read it now.

The truth lies in what she can’t remember. There is another who harbors her unspeakable secrets. Meeting her is where the danger lies.

On a dark January night in 2019, Gloria finds herself behind the wheel of a car, beaten and covered in blood. She has no idea where she’s coming from, or where she might be headed. After pulling to the side of the road, she begins to fade out of consciousness.

The next thing she experiences is waking in bed next to a man who should be her beloved fiancé, Rick. However, she soon discovers it is her dangerous ex-husband, Charles, whom she thought she had escaped two years earlier, in 2017. She eventually finds that the year she was woken to is 2003, and she is living her life with this abusive man all over again.

Due to the abuse she endured, Gloria suffers from dissociative disorder, which has stolen the memories of her two young daughters growing up. There is another who holds these memories; the Other Gloria. She thinks maybe God has given her a do-over, and she might be able to do better, stay present, and recover the lost memories of their childhood. She knows, to do this, she must escape Charles once again.

Gloria’s plan for escaping this time around includes finding Rick, who doesn’t know she exists in 2003, but she soon comes to the realization that meeting Rick will not be enough. She knows she must do the one thing she never wanted to do – meet the Other Gloria and finally discover the unspeakable secrets she holds.

“You’ve managed to write that type of story that keeps the readers on their toes the whole time and just when they think they have figured out what’s going on, bam! An amazing twist shocks them out of their comfort zone. Just brilliant!” – Brunella Costagliola, Best Selling Ghost Writer, editor and translator

In this debut novel, a California woman who’s escaped a controlling, abusive husband relives her past life when she was still under his thumb.

In 2019, Gloria Davis speeds down the highway, inexplicably covered in blood. She has suffered memory lapses for years and can’t remember what led to her current predicament. After apparently blacking out, Gloria awakens next to her ex-husband, Charles, instead of her fiance, Rick Gaines. Later determining it’s somehow 2003, she’s once again living with the indifferent man who psychologically abused her. The narrative alternates between this time period and 2017, when Gloria finally decides to leave Charles and eventually meets Rick. Gloria considers 2003 a “do-over” and takes the opportunity to get out of her marriage even earlier. Charles is irate in both time periods and occasionally shows up drunk at Gloria’s home. She’s happy to be away from Charles but soon realizes that, if she stays in 2003, she’ll have to find another way to connect with Rick. Meanwhile, the protagonist, whom a psychologist has diagnosed with dissociative disorder, knows “the Other Gloria” has taken over during those lapses in memory. She suspects the unsettling dreams she’s having in 2003, in which she’s locked inside a box, may actually be memories. Villafane has written a riveting story about domestic abuse. Although there are later indications that Charles’ abuse has been physical, his cold, domineering nature is unnerving on its own. Even after Gloria moves out, Charles is a frightening individual who bangs on her door late at night. Benevolent characters help alleviate the story’s overall bleakness; good-guy Rick is the focus, but Gloria also gets support from her parents and, in 2017, her teen daughters, Chrissy and Sarah. The author skillfully distinguishes the two time periods, using past tense for 2017 and present tense for the 2003 that Gloria is reliving. Villafane’s largely unadorned prose soberly depicts a woman who struggles to put herself and her daughters first and stop catering to the needs of a self-serving husband.

A gripping tale about the reverberations of spousal abuse.

My head is still spinning.

Did you ever have things happen that were so bad you wanted to disconnect from the world and forget about it completely, like it never occurred?

This is exactly what happens to Gloria when her abusive husband is in a rage. At some point, when things are at a peak, ‘the other Gloria’ takes over – someone she doesn’t know and has never met, but holds all the keys to her real life.

January 2019, Gloria finds herself covered in blood and badly beaten, driving a car she is unfamiliar with and not sure where she is or where she is going, until she blacks out.  Next scene is Gloria waking up in bed next to a man, wondering how she got there. Expecting it to be her fiancee Rick, she finds it is her abusive ex-husband Charles. WHAT IS HAPPENING??

It appears that Gloria has woken up in the year 2003 and is back living with her husband, the man who abused her and who she thought she escaped a few years back.  HOW?

Because of the severe abuse, Gloria has developed what’s called dissociative disorder, which causes her to find all her memories of her very young daughters are completely gone. But there is someone else who holds all these memories and its the  ‘Other Gloria’, the woman who takes over when the abuse is so severe and at its peak, allowing Gloria to somehow get through and survive the wrath. Through this odd relapse back to 2003, Gloria thinks she has been given another chance, an attempt to stay in the present and find ‘Other Gloria’, regain all her memories and get back to Rick and 2019. All while enduring Charles’ abuse all over again. And what about all that blood?

Ok time for an earwig.

The entire time I was reading this book all I could hear was this song playing over and over in my head.  Seriously.  Remember “Gloria” by Laura Branigan?   YEAH, that song.  Well check out the lyrics….. (and note the highlighted portions)

Gloria, you’re always on the run now
Running after somebody, you gotta get him somehow
I think you’ve got to slow down before you start to blow it
I think you’re headed for a breakdown. So, be careful not to show it

You really don’t remember, was it something that he said?
Are the voices in your head calling, Gloria?

Gloria, don’t you think you’re falling?
If everybody wants you, why isn’t anybody calling?
You don’t have to answer
Leave them hangin’ on the line
Oh-oh-oh, calling Gloria

Gloria (Gloria), I think they got your number (Gloria)
I think they got the alias (Gloria) that you’ve been living under (Gloria)
But you really don’t remember, was it something that they said?
Are the voices in your head calling, Gloria?

A-ha-ha, a-ha-ha, Gloria, how’s it gonna go down?
Will you meet him on the main line, or will you catch him on the rebound?
Will you marry for the money, take a lover in the afternoon?
Feel your innocence slipping away, don’t believe it’s comin’ back soon

And you really don’t remember, was it something that he said?
Are the voices in your head calling, Gloria?

Gloria, don’t you think you’re falling?
If everybody wants you, why isn’t anybody calling?
You don’t have to answer
Leave them hangin’ on the line
Oh-oh-oh, calling Gloria

Gloria (Gloria), I think they got your number (Gloria)
I think they got the alias (Gloria) that you’ve been living under (Gloria)
But you really don’t remember, was it something that they said?
Are the voices in your head calling, Gloria?

YEAH RIGHT???  I swear this song was made for this story.  When Branigans team redid the music it was based on “a girl thats running too fast for her own steps,”  Go figure.

So now its your turn.  Enjoy while you continue to read the rest of my review.

This book was a page turner, I was totally absorbed and blew through it in one sitting. The only thing going through my head was a jumbled mess of thoughts like “how does this all come together, which timeline is the right one, and if Gloria doesn’t even know what is going on, how the heck am I?”  The story is told in dual timeline, going back and forth from the 2 lives Gloria has lived, one in 2003 and one in 2019 and each story line is captivating. All you keep wondering is “how is this all going to play out?”

I’m not sure what to say, I loved this book, it was unputdownable, but in the end I realized that I don’t know any more than Gloria does, and I’m just as confused.  ND IT WAS BRILLIANT.  My mind is still throwing questions left and right, and now I need to read more about dissociative disorder. Its amazing what the body will do under stress to survive. Lori Villafane has debuted with an original thriller of a story that deserves to be read.

I just would like to thank Lori Villafane, Suzanne Leopold of Suzy Approved Book Tours, and Empire Publishing (#partner) for the gifted copy of this book for my unbiased and honest opinion for review. 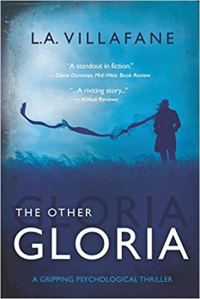 Lori Villafane lives in Granbury, Texas, with her husband Larry, her standard poodle, Doodle, and a sassy tabby rescue named Diva. When She’s not writing, she enjoys helping Larry build and refurbish houses. She loves anything DIY, which includes writing. Although her debut novel, The Other Gloria, is a work of fiction, she has drawn from her own experience living with dissociative disorder to create Gloria.